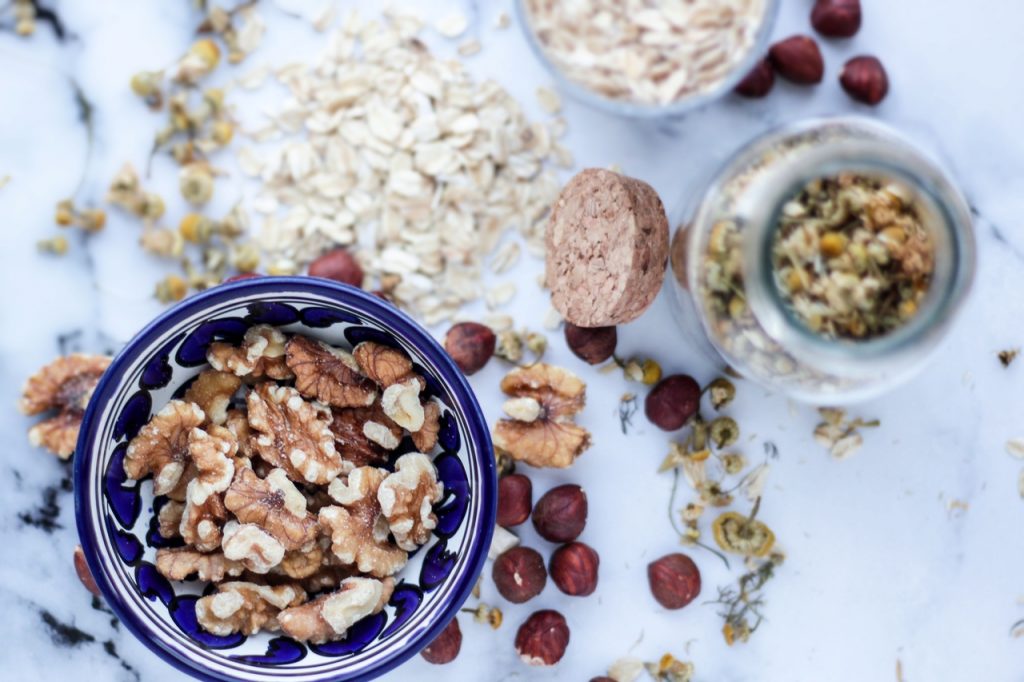 When it comes to sleep, sometimes kids need a little support.

One way is to create a bedtime routine and make sure their room is dark and cool.

Another effective way and something I use with my own kids is to give them a bedtime snack that boosts melatonin and helps them fall asleep faster and for longer.

Do these foods really work?

According to some researchers, melatonin-rich foods may improve sleep quality.

In this article, we are going to look at science-backed foods that may improve both the quality and effectiveness of sleep.

There’s a reason why milk has been traditionally given to children right before they go to sleep. Breastfed babies naturally fall asleep while feeding because breastmilk contains the hormone prolactin which is released into the mother’s bloodstream during feeding.

Milk contains an amino acid known as tryptophan. The body uses tryptophan to make neurohormones like serotonin and melatonin. Melatonin regulates the circadian rhythm as well as sleep.

If you can source milk from a quality local farm this would be the healthiest and most nutritious option.

According to this study from the Journal of Applied Animal Research, the time the milk was harvested from the cows and the season of the year had an influence on how much melatonin was found in the milk.

Interestingly melatonin is produced during darkness which meant that the milk harvested at night from the cows had a higher concentration of melatonin. Researchers also found that melatonin was higher during the winter months.

Meat and fish are good sources of tryptophan. When this amino acid is ingested it is turned into serotonin and then converted into melatonin. Of all meat sources, poultry like chicken and turkey have the highest amount of tryptophan.

The best sources of fish are oily fish like salmon, cod, tuna, and sardines.

A good idea is to incorporate these proteins (if you eat meat) into dinnertime so that the foods that boost the most melatonin are eaten before bedtime.

Nuts are a potent source of melatonin. For example, just 1 serving of 32 grams (1/4 cup) of shelled pistachios can have between 6 and 7 mg of melatonin.

The types of nuts with the highest amount of melatonin are pistachios, almonds, and Brazil nuts. Nuts also contain minerals like calcium and magnesium. Magnesium works in conjunction with melatonin to relax the body and help the person to wind down.

In some clinical trials, nuts like almonds were found to improve insomnia in participants.

Nuts are a great bedtime snack to help your kids sleep through the night. 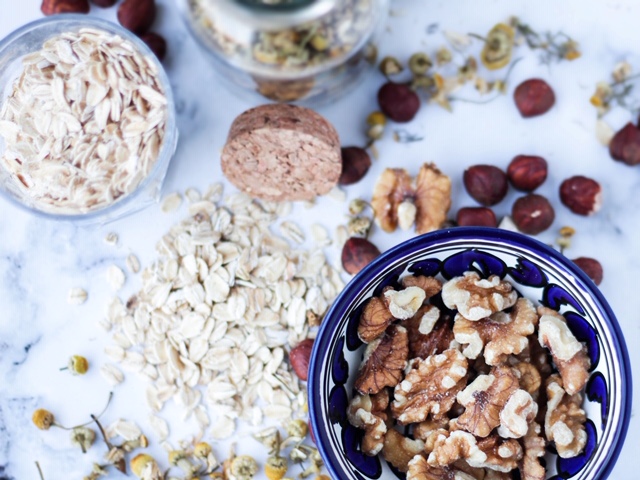 Goji berries have one of the highest levels of antioxidants in the dried fruit group, but studies show that they might just be a good bedtime snack for kids.

According to this study, participants who drank Goji juice daily has more energy, calmness, and better quality of sleep.

Goji berries are a much healthier option than raisins because they contain more antioxidants and less sugar.

Like Goji berries, Cherries are also a powerhouse of antioxidants. You can tell the nutrient level of plants especially when their color is darker on the outside.

Tart cherries are similar to sweet cherries but their melatonin content is higher which makes them like a “superfruit”. A study from the University of Texas found that eating cherries daily may help you get a better night’s sleep.

You can use tart cherry juice to add to smoothies or yogurt for children or serve dried tart cherries as part of a homemade trail mix.

You can find Organic tart cherry juice or dried tart cherries from your local health food store or order it here and here.

Bananas are kid-friendly. They’re easy to chew and sweet but did you know they are actually really nutritious?

Bananas also are a good source of tryptophan; the precursor of melatonin. Just 1 medium-sized banana contains approximately 11 mg of tryptophan.

This study showed higher serum levels of melatonin in participants who ate bananas.

Animal products are known to be good sources of melatonin and eggs are one of those. Eggs are especially nutritious and known as nature’s multivitamin. Eggs boast an array of vitamins like true vitamin A, vitamin B12, and vitamin D as well as a good source of tryptophan.

One study found that melatonin concentrations were higher in eggs and fish than in meat.

Tomatoes may not have as much melatonin as tart cherries but they are well supplied with melatonin. They are loaded with vitamins like vitamin E, vitamin C, vitamin B1, B3, and B6.

Vitamin B6 is a precursor of tryptophan which produces serotonin. Serotonin is closely related to melatonin and is needed to produce it.

Bell peppers are another good source of tryptophan that helps the body produce melatonin. This study showed high amounts of melatonin in peppers compared with other vegetables.

Peppers make an easy and healthy snack for kids. Serve some raw cut peppers alongside dinner for an extra boost of melatonin.

Beans and legumes are great sources of protein and minerals like magnesium and iron. But these foods can be difficult to digest. Some find that they bloat easily after a meal with beans.

This is because these plant foods contain a substance called phytic acid. This naturally protects the seed from losing its minerals, like phosphorus. One easy way to get all the nutrients out of beans and legumes is to sprout them before cooking.

Even more interesting is that melatonin is higher in sprouted beans and legumes.

Grapes are a kid’s favourite fruit and are easy to snack on. They also offer a good amount of antioxidants as well as significant amounts of melatonin.

One Italian study found that 3 types of grapes have the highest amount of melatonin in the groups tested.

Strawberries are another good source of natural melatonin, although not as high as tart cherries. Pair with yogurt for the added protein that will help keep you fuller for longer.

Tryptophan is an amino acid that converts into the chemical serotonin. This neurochemical is what helps the body relax and wind down. Serotonin is also the precursor for melatonin, the sleep hormone.

Oats contain vitamin B6, tryptophan, and melatonin making it the perfect bedtime snack to boost sleep quality for little ones.

You can make your own raw granola at home with added nuts, seeds, and dried fruits for a super healthy kids snack.

Chamomile is a kid-friendly herb used especially as a sleep aid. It has been used for centuries to relieve insomnia and induce calmness and relaxation.

The results of one study showed that consuming chamomile tea regularly in participants improved sleep quality and had an effect on those who had difficulty getting a good night’s rest.

Lavender is another safe herb for children. It has been known to calm the nervous system and uplift mood.

This article from the National Center for Biotechnology Information states that lavender is “an excellent natural remedy to treat insomnia and improve the sleep quality.”

Lavender is easy to make into a tea and you can even make your own herbal tea blend for your kids at home.

If you have extra time try these gluten-free lemon lavender cookies.

Sleep is vital for more energy and healing. Kids especially need lots of restful sleep to heal and grow.

Research shows that those who sleep more during childhood have better memory, behaviour, and attention.

A bedtime routine with melatonin-rich snacks is a simple and effective way to help your kids sleep better and for longer.