The Unbelievable Truth About Vegetable Oils 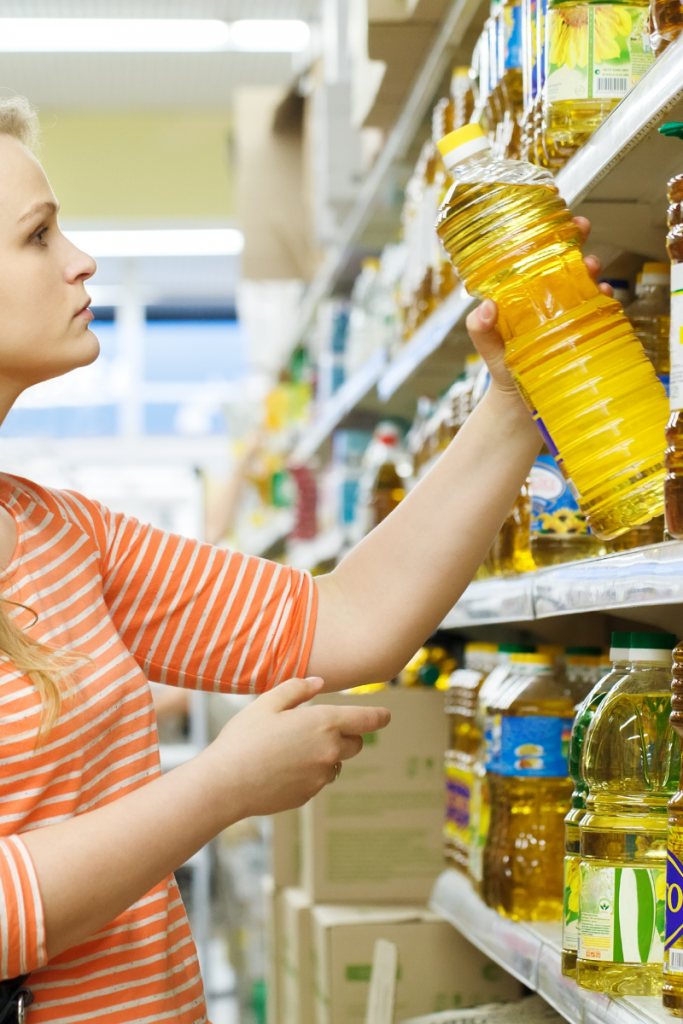 Let’s shed some truth on vegetable oils because you’re not going to believable what I’m about to tell you, but you need to hear it.

If you grew up eating vegetable oils because they are “healthier” than animal fats or saturated fats, today, I’m here to challenge that.

You see, I grew up the same way.

I ate margarine instead of butter and “low-fat” yogurt.

But if only I had known then what I know now, I would have completely stayed away.

Yes, I’m talking about vegetable oils; the one food in the world worse than sugar that you should absolutely avoid at all costs.

Vegetable oils are your #1 enemy

Nothing more, nothing less.

This ‘food’ is not food in any way. It offers zero benefits and instead is one of the driving forces of all chronic health problems we see today.

If you’re thinking: what is vegetable oil?

Let’s get on the same page.

So before we get into the facts, we need to define the term ‘vegetable oil’.

Vegetable oils are oils extracted from seeds or other parts of the fruit. The most common types of vegetable oils used by the food industry today are soybean oil, palm oil, sunflower oil, and canola oil.

Soybean oil is an oil extracted from soybeans. To make the oil, the beans are cracked and heated to about 88 °C (190 °F). After that, the beans are broken into small flakes and the oils extracted with hexane solvents.

What are hexane solvents?

One step up from gasoline. Hexane solvents are strong chemicals used to extract edible oils. Exposure to these chemicals has been linked to problems of the Central Nervous System like headache, nausea, and dizziness.

I don’t know about you, but the thought of dangerous chemical solvents being used to make something that I would ingest sounds terrifying to me.

Palm oil is used in prepackaged food, baby formula, soaps, cosmetics, and cleaning products. The bad news is that most of the oil generated is used by the food industry.

While some people claim that this oil is heart-healthy and can boost brain health, most of the final product used by the food industry is oxidized oil.

This is where the oil has become denatured and rancid.

When consumed, oxidized oil can cause free radical damage in the body as well as chronic inflammation.

This fat is made from crushing the seeds of sunflower. The process is a two-part process where crude oil is extracted then refined to be packaged.

Sunflower oil is one of the highest oils in polyunsaturated fat. These fatty acids are fragile and turn into toxic compounds when heated.

People think this oil is healthy but that couldn’t be further than the truth. That’s because canola oil is high in omega 3 fatty acids. Now, we all know that omega-3 is anti-inflammatory and boosts brain health, however, there’s just one catch.

Omega-3 oils are prone to peroxidation. What does that mean?

It means that even if stored in a dark bottle, at the right temperature, they have been found to go rancid.

This oil is now rancid.

You buy that, take it home and then heat it for cooking an you’ve got a recipe for disease.

The unbelievable truth about vegetable oils

Decades ago, there emerged a campaign.

This campaign sought to challenge the norm of the day and common eating habits of the people who ate saturated fat, to say that this type of fat caused heart-disease so people should start eating margarine and cook with vegetable oils instead.

What if I told you that the reason why people use vegetable oils today is not because of science or evidence but because two businessmen in the 1800s decided to enlist the help of German Chemist Edwin Kayser to help them make a substitute for lard to sell to the public as a healthy cooking oil because it was cheaper, would you believe me?

What was the result? Crisco.

Crisco was made with cottonseed oil, a by-product of manufacturing cotton. By the way, this oil is toxic when consumed by animals but it was cheaper to produce, so profits were higher.

Because it was never about our health. It was always about profits.

How did they get the public to believe that vegetable oils were a healthier alternative to animal fats when in reality they are toxic and downright dangerous?

Enter a man by the name of Ancel Keys

In 1958 a man named Ancel Keys stood in front of a CBS documentary called ‘The Search’. In this documentary, he placed 10 little wooden men on his desk, flicks 5 of them off, and says “The Chief killer of all Americans is cardiovascular disease…of ten men we can expect 5 to get it.”

This scene, staged as though he was giving a speech to physicians, would be what caused him to become the go-to expert on cardiovascular health.

So what did he teach?

He taught that in countries where people ate more animal fat, they died of heart disease.

The truth is, his teachings were based on deception, really bad science, and of course, one of the most powerful emotions known to humans: fear.

He even manipulated the graph he used to make it look like the higher the consumption of animal fats, the more deaths from heart attacks occurred.

His teachings were so off that for the first two decades after his work, scientists still weren’t convinced and didn’t give him recognition.

The problem with vegetable oils

There are two main problems with vegetable oils.

These oils are commonly sold in supermarkets as cooking and baking oils. Yet, when heated, these oils turn into deadly compounds and one of them is trans fats.

Trans fats can create free radicals in the body that have the ability to damage any part of the body, especially our cells. Researchers from Tohoku University in Japan uncovered a sobering connection between trans fats and programmed cell death. They found significant DNA damage to the cells affected by the consumption of trans-fatty acids which caused cells to die.

These fats also raise LDL cholesterol, the type known as ‘bad’ cholesterol, and lowers HDL (the good type). High levels of LDL can cause cholesterol to build up in the arteries.

To put it really simply: trans fats increase your risk of heart disease.

The most common types of vegetable oils are:

Avoid these oils at all costs. They are in almost all packaged foods and used liberally by the food industry. These oils are unnatural, industrially produces which means they are often laden with harsh chemicals and are high in trans fats.

Types of fats you should cook with instead:

These fats have higher smoke points (with the exception of butter). They are natural oils that contain much needed nutrients for the body.

How about you? What do you think about vegetable oils? Are they healthy?