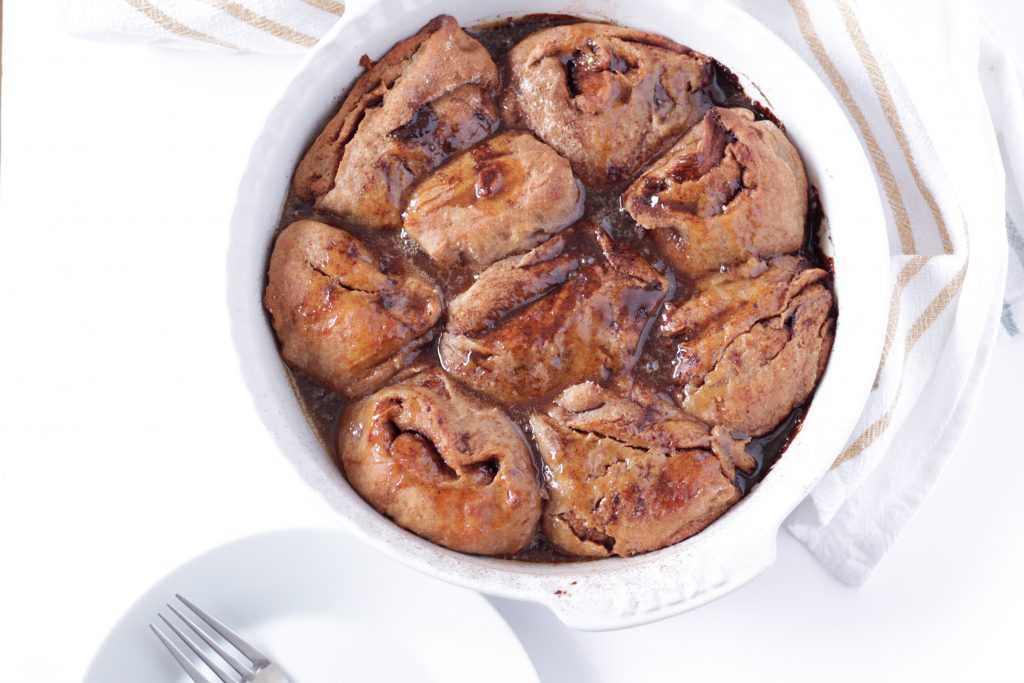 Decadent and chewy, bursting with flavour and delicious sweetness, these sourdough cinnamon rolls will make any morning a special one.

I first came across sourdough years ago and since then have been using my starter instead of yeast for baking. I have never been let down by my starter and am amazed at how long it has already lasted.

Sourdough is a probiotic food and if cared for, can last generations.

Sourdough is alive and has many health benefits, particularly sourdough bread.

Imagine never having to run out to the store to buy yeast again. Having a sourdough started on hand can make baking easier.

Besides convenience, having a sourdough starter is a simple way to turn baked goods into something more nutritious. That’s because the naturally occurring yeasts and bacteria in a starter will help break down sugar molecules in the dough to make it easier for us to digest.

Baking with sourdough is like an art. Each starter is different depending on the room temperature, what type of flour it’s fed, the ratio of water to flour, and more. You get to know your starter and work with it in a unique way.

So instead of a generic result that comes from store-bought yeast, your sourdough starter will give you unique results each time and you’ll learn the best way to care for it and use it. 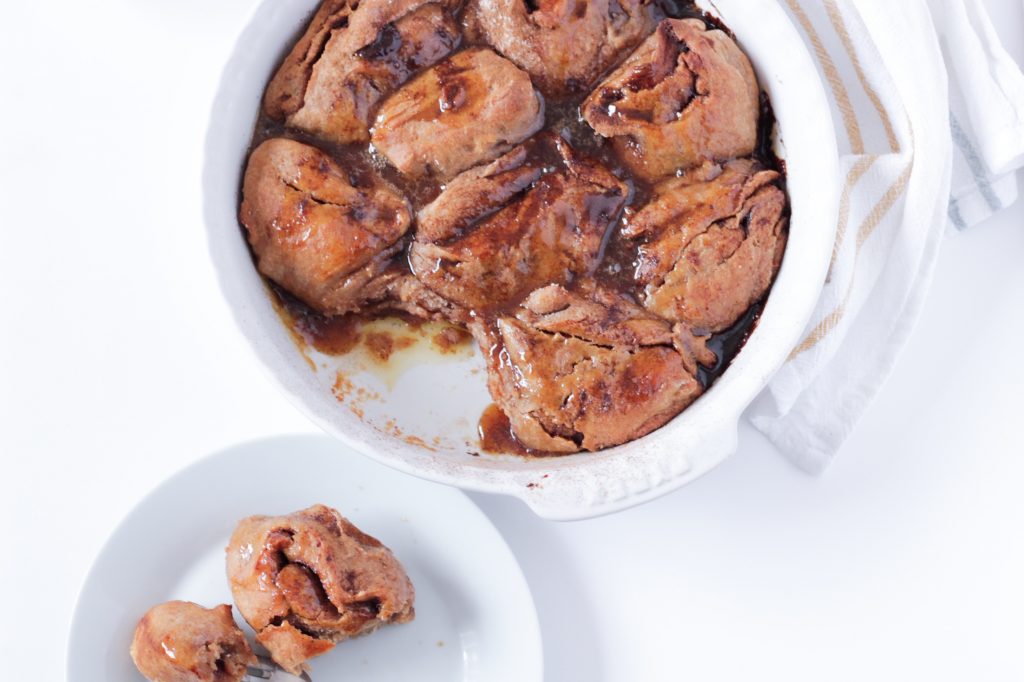 These rolls aren’t perfectly shaped but they are incredibly flavourful.

The way the honey, butter, and cinnamon meld together in the dough and glaze make these not only unique but so delicious.

As the glaze of honey, butter, and cinnamon simmer on the stove it will naturally thicken. Pour this mixture generously over the rolls for extra glaze the ties the sweetness of the dough to the flavour of the cinnamon in an amazing and exquisite way.

The only downside is that they’ll be gone fast so make an extra batch to freeze for later. 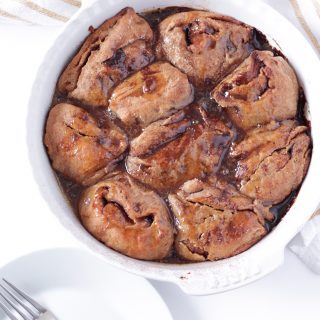 Make the filling (while the dough rises)

Shaping the dough and rolls

*Note: Sourdough starter has to be proofed the night before by feeding it and allowing it to sit on your kitchen countertop and ferment** Note: If you bake at a higher temperature, the rolls will be done faster. Take them out as soon as the tops turn slightly golden brown on top***Note: Depending on your sourdough starter results may vary. These were made with whole-grain Spelt flour and the sourdough starter is also fed whole grain Spelt flour.
Keyword Cinnamon Rolls, Honey cinnamons rolls, Honey sweetened sourodugh cinnamon rolls, Sourdough, Sourdough Cinnamon Rolls